Welcome to Rozzex, the forum that provides you with all your advertising needs. We offer many great services, and there's one service that only we can provide. All our services include Banner Jumble, Link Jumble, Forum reviews, Packages, Toolbar, Text ads and much more, including one that you must go to rozzex.com to use, and it's free

Visit rozzex.com for the official site.

Join the forum, it's quick and easy
Rozzex Forum
Hello there.

Welcome to Rozzex, the forum that provides you with all your advertising needs. We offer many great services, and there's one service that only we can provide. All our services include Banner Jumble, Link Jumble, Forum reviews, Packages, Toolbar, Text ads and much more, including one that you must go to rozzex.com to use, and it's free

Visit rozzex.com for the official site.

PM me, dballerp, or rozzex, the creater of rozzex.com, for any help you require
Rozzex Forum
Would you like to react to this message? Create an account in a few clicks or log in to continue.

These are the forums where all your advertising needs will be met. We offer many services, plus one that no one else has. Remember to visit rozzex.com for the official site

Ya, so this will be the official thread discussing P.C. vs Mac. So post which you think is better and state why.

For me, it's P.C. I just saw that for the P.C., you can get 8 GB of ram, 500 GB of Harddrive, the best graphics card and it's cheaper. Mac, you get half of these for the same price, really, is there even a comparison?

Actually Mac can be upgraded, and last longer. They have energy star, and have a very sleek design.
We can get most of the same things with Mac. Plus the Mac Pro with full upgrades is a god.
The mac mini may be a bit pricey, but for what is in that tiny little thing of a computer is worth it.
I had one of the iMacs where the screen could go everywhere, and was like 800mhz and 512mb of ram.
Un-like Pc it has lasted all of these years even under water spills, and stuff. My friends Pc just stopped working
not to long ago, and they had to replace it. Isn't that just fun? Anyways Macs can do Pc, and gaming too.
They are all getting better graphics, ram, and processors. They are being upgraded all of the time.
I have an iMac, and I use it for gaming, and running windows, and Mac. Windows for basic rsps stuff, and some games.
The Mac Os looks amazing compared to windows, and is easier to work with. Personally I can use both, but
Mac is a very good choice. Even for windows you still gotta fork some cash for something that may
not even last for more than a day or two. I know what the Windows Os looks like. It is NOT pretty.
No I am not a fan boy of Mac or Windows. They both are near equal with power, but the Os
is a very large change. Also consider Macs are plug, and play. They do not need 1,000,000 drivers.

PC it is for me, I just dont like mac. I really do prefer PC in so many ways.

Ya Mac I think just looks really nice and very excellent graphics, but P.C. has a better performance.

And the mouse sometimes just dies on me

And the mouse sometimes just dies on me

That doesn't really bother me that much. :/

I use both a PC and Mac on a daily basis, and I definitely prefer the mac. It is just simpler to use than a PC. Alot of those who say it isn't as good haven't given it a fair try. You need to use it for about week to get used to it, but after that, things are obviously much better than on a Windows based computer.

Not to mention that Mac users don't really have to worry about viruses.

PC For me, Macs annoy me to death. I'm an old fashioned PC man. 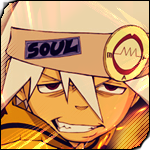 I prefer a PC no doubt but for some Macs are just easier to use. If you just need a simple machine to browse the internet and what not then a Mac is just fine. Although i don't have direct experience with them I would never own a Mac for gaming.